Flights to and from Mitiga airport have been briefly suspended on Tuesday (02 October) after it came under Katyusha 107 mm rocket fire during the night. A local militia claimed the attack on Mitiga International Airport, weeks after it declared its responsibility for a similar attack

Mitiga airport announced “flights were suspended until further notice” because of rockets “constantly” targeting the airport overnight. Flights resumed later on the same day after an emergency meeting of officials of the UN-backed Government of National Accord (GNA. (

Some media quoted the Tripoli Youth Movement militia (Hirak Shabab Tripoli) as saying on its Facebook page that it fired a Katyusha 107 mm rocket. It vowed more attacks with “a torrent of rockets”, citing as a reason the presence of the GNA-backed Special Deterrence Forces at the airport.

Note: On 12 September, the same militia claimed a rocket attack on the airport, forcing it to suspend its flights, just days after a ceasefire agreement that ended factional fighting in the capital. The group was not one of the signatories to the truce agreement, which predominantly involved the capital’s largest militias as well as officials and local representatives. 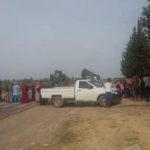 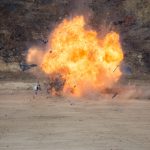